Preview. Kuala Lumpur, 9 August 2007 – The upcoming PETRONAS PRIMAX 3 Merdeka Millennium Endurance Race this August is expected to be a grand affair as celebrations heat up for the country’s 50th anniversary of independence. Confirming Team PETRONAS’ eighth appearance in the country’s premier endurance event, the 2007 edition of the 12-hour race will see the team make significant changes to both the machine and the driver line-up.

After a stunning win in class C in last year’s race, the team will once again head to the Sepang International Circuit to take up the challenge in this year’s competition under the PETRONAS SYNTIUM Team banner.

Sporting the special competition number 50 to commemorate the country’s 50th anniversary of independence, the team will contest in the blue-ribbon production sports Class O category for the very first time powering up with a brand new BMW Z4M Coupe. Though the team is already racing a similar car in a Japanese endurance series, this will be the first appearance of the BMW Z4M Coupe in the PETRONAS PRIMAX 3 Merdeka Millennium Endurance race. To spearhead the team’s challenge in the competition, the team will be banking on a combination of experience and youth in its trio of drivers. Making his return to the prestigious event is 24-year old Malaysian Fariqe Hairuman who will team-up with the father and son pairing of Hans-Joachim Stuck and Johannes Stuck, both making their very first appearance in the 2007 edition of the race. Fariqe, Hans-Joachim and Johannes were part of the PETRONAS SYNTIUM Team’s quartet of drivers at last month’s Tokachi 24-Hours Endurance Race, a round in the popular 2007 Super Taikyu Endurance Series in Japan.

David Wong, Team Principal: “As in the past years, this race is always a special occasion for us. In addition to the participation from the local and regional motoring fraternity, the race has over the years proven a spectacular stage for teams to demonstrate their skills, preparation and strategy. As it continues to establish itself as one of the main sporting events in the country and the region, what clearly makes this year’s edition of the PETRONAS PRIMAX 3 Merdeka Millennium Endurance Race far more exceptional is the fact that it coincides with the celebrations across the country to commemorate Malaysia’s 50th anniversary of independence.

"To mark the occasion, the 2007 edition of this premier event will not only see us continue to participate but the PETRONAS SYNTIUM Team will for the very first time compete in the blue-ribbon Class O category with a brand new car - the BMW Z4M Coupe. In addition, to further commemorate this special occasion of the golden jubilee, the team will be sporting the number 50.

“This year the team will be fielding a driver line up that will feature both elements of youth and experience. Fariqe Hairuman has already proven himself with his strong performance and pace both at the Super Taikyu and Asian Touring Car Series this season as well as demonstrated what the BMW Z4M Coupe is capable of. With the added boost of having someone like Hans-Joachim Stuck who is a three-time 24Hours of Nürburgring and two-time 24Hours of Le Mans winner together with his son Johannes onboard the team for this race is without a doubt really special for the team! After joining us for the Tokachi 24-Hours endurance race in the Super Taikyu in Japan, this is the second time both Stucks will race with us.

“Based on the performance of the BMW Z4M Coupe in the Super Taikyu, we know the car has a lot of potential and we can look forward to a much stronger performance. It is only our first year racing with the BMW and there are still areas that we can fine tune to get the best from both man and machine but the team is all fired up and optimistic for a strong and competitive performance as it is our aim to do well this year.”

Organised by the Sepang International Circuit, the eight edition of the 12-hour PETRONAS PRIMAX 3 Merdeka Millennium Endurance Race will be flagged off on Saturday 25th August at 11am finishing twelve hours later at 11pm on the same day.

The Z4 M Coupe will give last year's defending champion a hard time.

Cool.. but the car design looks so weird ..

its a proper saloon race car. spoilers should massively help

It has the same power as the Exige 300RR. Times should be close.

I got 1 Z4 very similar to that in the picture.
Its parked in my garage on top of a Ford Focus WRC.

gunnerzz said:
I got 1 Z4 very similar to that in the picture.
Its parked in my garage on top of a Ford Focus WRC.
Click to expand...

interesting, i've never seen it in scale model before. The real thing is just one of the sweetest racecars in the mid 2000s especially when it can be done to a road car 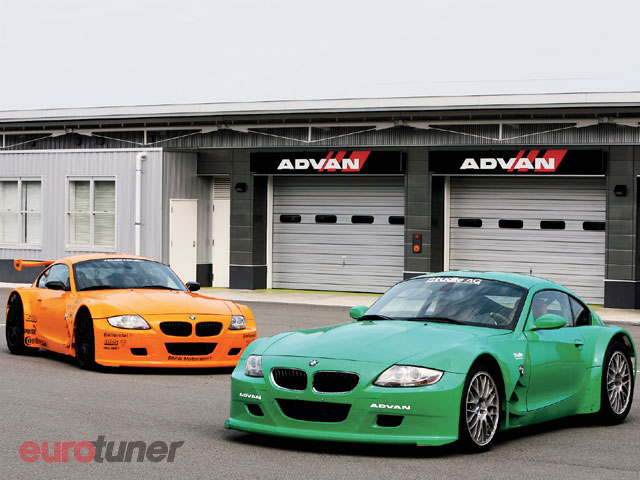 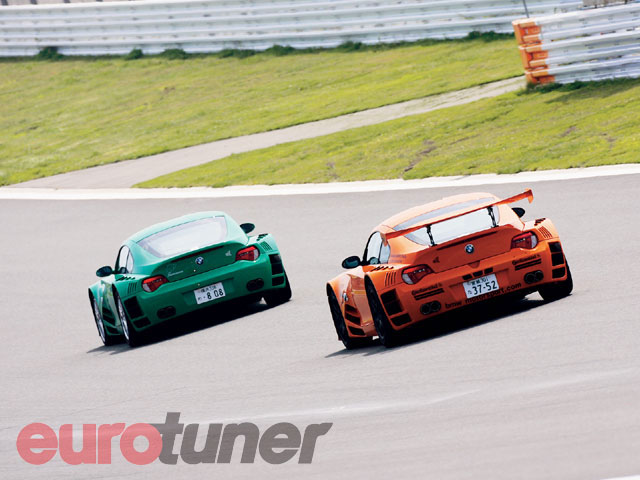