Best Car Scoop - A few weeks ago on September 3rd, Daily Car Newspaper (Japan) reported on an interview with Toyota's President Katsuaki Watanabe and his announcement of a joint Toyota-Subaru ‘Entry Level Sports Car’ which is underway and in it’s initial development phase, with a test mule spotted on a test course at Toyota’s headquarters in Toyota City.</p><p><img src="//www.zerotohundred.com/news/september/fr_toyota/toyota3.jpg" alt="" id="vBCodeIMG0" border="0"></p><p><b>The Test Mule </b><br><br>The test mule is actually still very early in it’s development and in its experimental stage being based on a shortened Subaru Legacy chassis and running a SOHC 2.0L flat-four engine. Best Car isn’t aware of any wheelbase measurements at this time, but going by reports the test mule chassis is around 200mm shorter than it’s Legacy donor platform. The Legacy underpinnings are for experimental purposes only as the new Toyota Lightweight Sports Car will actually be based on a shortened Impreza 15S platform which is better suited to a smaller 1.5 - 2.0L (flat-four) engine and has ‘rear wheel drive friendly’ double wishbone rear suspension. The test mule is in very early stages with the car running the aforementioned 2.0L SOHC engine and a 4WD driveline (without front drive shafts) so it isn’t undergoing any serious performance driving tests at this point in time. Apparently Toyota has the ability to have this new lightweight sports car ready and on the market by the end of next year… if only they were so inclined. Instead, a lot of effort is being put into getting the most performance while keeping the retail price below 2,000,000 yen.<br><br><img src="//www.zerotohundred.com/news/september/fr_toyota/toyota4.jpg" alt="" id="vBCodeIMG" border="0"><br><br><b>Why a 1.5L engine?</b><br><br>Price seems to be the limiting factor regarding the type of engine, and therefore total weight, of the Toyota Lightweight Sports Car. Best Car has been told that if a larger 2.0L engine were to be used, the cost of the car would definitely rise above the 2,000,000 yen limit and would then not live up to its ‘Entry Level Sports Car’ namesake. Also the rear differential sourced from Subaru (from the Impreza 15S) has been cited as a weak link, it being limited to engines of 2.0L capacity or under for reliability concerns. The 1.5L engine - named ‘EL15′ - is a DOHC flat-four powerplant and is also noted for producing less emissions than it’s larger SOHC sibling which is another important criteria that Toyota is trying to address. The EL15 only puts out 110ps @ 6,400rpm and 14.7kg/m @ 3,200rpm so Toyota is doing its best to lighten the chassis and body as much as possible in order to give the car a reasonable amount of performance. Just how much weight can be shed? Toyota is aiming for 1100kg and no more… this is another reason why the 2.0L engine was rejected as the larger engine would dictate a heavier chassis which in turn would exceed the 1100kg (total vehicle) weight limit by 100kg or more, even with considerable weight reduction. Only so much weight can be shed, and only so much can be done to keep the Lightweight Sports Car within the 2,000,000 yen limit so Toyota has a big job on its hands to address these issues and will certainly be an ongoing problem throughout the development cycle.<br><br><b>Possible WRC Challenger?</b><br><br>Best Car hints at a possible WRC challenger in the making! Toyota could easily use Subaru STi engines and 4WD chassis together with the lightweight FR body for an assault on the World Rally Championship. This is just wishful thinking at this stage but Best Car sees no reason why this wouldn’t be a possibility.<br><br><img src="//www.zerotohundred.com/news/september/fr_toyota/toyota2.jpg" alt="" id="vBCodeIMG" border="0"><br><br><b>Main Target Market: Europe</b><br><br>Toyota hopes the Lightweight Sports Car will appeal to young European drivers by keeping prices low and giving it a sleek and sporty shape inspired by previous successful designs. The smaller capacity and light weight will put the new Toyota Sports Car up against some well established European competition, but the main focus will be excellent value for money, so we can expect prices to be between 1,800,000 and 2,000,000 yen (in Japan). In the future Toyota hopes the Lightweight Sports Car will be equally successful in China and other markets as well. If development progresses at a fast rate we could see the Toyota Lightweight Sports Car on the market by late 2009 or early 2010.<br><br>Text: Justin Karow<br><br><b>Images: Best Car</b><br><br><b>Source : <br><a onclick="urchinTracker ('/outgoing/http_www_7tune_com_p_112_more_112');" rel="nofollow" target="_blank" href="http://www.7tune.com/?p=112#more-112">7tune.com - JDM Automotive lifestyle magazine » Blog Archive » Toyota/Subaru Lightweight Sports Car</a></b></p>

Joint venture between toyota and subaru = TOYBARU or SUBOTA!
Expand signature
It's not speed that kills, it's the inability to stop that gets you.

Just wondering if they want a piece of WRC...won't it be 2.0-Liter Turbo charged + 4WD a little bit better? Or may be I have already got "infected" by EVO and STI so much...:hmmmm: 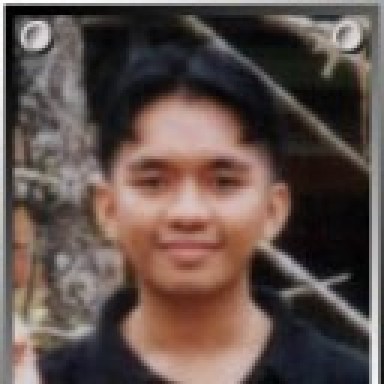 if not mistaken, this is a cheap sport car, FR layout, built to encourage young generation into sportcar activities...the design is base on old Trueno. this one is the new generation of Trueno...at Japan, the new car is very expensive, so this one to make sure the young guy can effort to buy a new sport car at a reasonable price.

what if that car comes in at altis price in malaysia?? Hmmmm

anyway, it not unexpected as toyota bought all of GM shares in subaru (Fuji industries). so they had this coming
Expand signature
http://koolspyda.blogspot.com

this car shud be using either subaru legacy or impreza chasis and the price will be cheaper than the toyota MR-S...
Expand signature
[SIGPIC]http://i11.photobucket.com/albums/a171/dique/TeamImperials.jpg[/SIGPIC]

emm, y using impreza n legacy chasis anyway? then it wont become Toyota. i think they are still in test module...so the best will be arrived soon.
Last edited: Oct 3, 2007
You must log in or register to reply here.
Share:
Facebook Twitter Reddit WhatsApp Email Link