Toyota Yaris & Wish how much?

Just wonder how much is Toyota Yaris & Wish?
Anyone can help? what spec they have on this 2 model?

Info from The Star Newspaper

UMW Toyota Motor Sdn Bhd, the sole assembler and distributor of Toyota vehicles in Malaysia, have launched the Yaris and Wish, two completely built up (CBU) models who owe their presence to the new conditions imposed under the National Automotive Policy.


First launched in Europe in 1999, the Yaris was named the 2000 European "Car of the Year" and has become Toyota's best-selling model in the European market.

The Wish, first launched in Asia in 2003, is a medium-size multi-purpose urban sporty vehicle. both the YARIS and WISH are imported from Toyota’s factory in Thailand.


As such, it qualifies for the preferential tariffs provided in the ASEAN Free Trade Area (AFTA) agreement and can be offered in Malaysia at a more attractive price than if it was imported from Japan.


“Toyota’s decision to build the Wish and Yaris at its factory in Thailand for distribution around the ASEAN region has enabled us to broaden our range of CBU models in Malaysia.

The new Yaris will be available in two grades – Yaris 1.5S and Yaris 1.5G – to suit different customer preferences.


Of the two, the Yaris 1.5S is the sportier grade and comes with additional features and equipment such as an aerokit and a sporty black interior trim.


As a CBU vehicle sold by UMW Toyota Motor, the Yaris not only comes with a full factory warranty of 3 years/100,000 kms (whichever occurs earlier after first registration) but owners are also assured of complete after-sales support and spare parts from all UMW Toyota Motor service centres including its authorized dealers nationwide.


At the heart of the Yaris is the Toyota 1NZ-FE 4-cylinder engine which has a 1.5-litre displacement.


The main feature of this powerful yet compact engine is VVT-i (Variable Valve Timing with intelligence), a system which was developed by Toyota to increase output (80 kW/141 Nm), improve fuel economy and reduce emissions of carbon dioxide and hydrocarbons in the exhaust gases.


As with many of the latest Toyota models, an electronically-controlled 4-speed automatic transmission (Super ECT) is standard for the Yaris.


The Yaris was styled at Toyota's European design studio in collaboration with Toyota’s Design Division in Japan.


Optitron meters were first used in Lexus luxury models and are brighter and clearer than conventional meters.


The Yaris offers lots of flexibility in layout and the boot area can be increased substantially by folding down the rear backrests which are divided in a 60:40 ratio.


The cargo volume in the boot is certainly generous for a hatchback this size: with the backrests up, there’s 363 litres and with both backrests folded, the volume increases to as much as 737 litres.


The rear seats allow 150 mm of fore-aft movement to position the seats closer or further from the front seats and the backrests can also be reclined up to 10 degrees for extra comfort.


The Yaris promises to be fun to drive and to enhance that feeling in the Yaris 1.5S, the steering wheel and gearshift knob are wrapped in leather.


The driver’s seat is also height-adjustable and the steering column, is adjustable.

The Wish imported by Toyota is the 2006 model with the latest styling that presents a sporty, aggressive and modern image.


Among the new elements are a deeper front bumper and large air scoop, bonnet moulding which is smoke-plated and also a new smoke-plated rear garnish with an embossed WISH logo.

Although the Wish is also brought in by parallel importers, those sold by UMW Toyota Motor are fully backed by a factory warranty of 3 years/100,000 kms (whichever comes earlier after first registration) as well as after-sales services and spare parts availability nationwide.


To enhance the sportiness of the Wish, an original Toyota aerokit is installed on all units and comprises an integrated spoiler for the front and rear bumpers, side skirtings, side claddings, over-fenders and a rear roof spoiler.


The spacious cabin of the Wish has dark/black interior trim for a sporty feel and even the dashboard has trim with the carbonfibre design on it.


Also distinctive in the cabin is the Optitron meter package for the instrument panel.


As a multi-purpose vehicle, the Wish has various cabin configurations to allow more luggage or more people – up to seven adults – to be carried, or even two sports bicycles (with front wheels removed) or a surfboard.


The first, second and third row of seats can be folded flat. Much storage space is available around the cabin to store large and small items, drink cans or bottles and of course, toll tickets and coins. And although there is a front airbag for the passenger, there are still two gloveboxes provided. Cupholders are provided for everyone in the cabin.


The large cabin of the Wish is kept cool by an efficient custom-designed automatic air-conditioning system. The system has a booster to blow cool air further back so that occupants in the third row can also be comfortable.


For entertainment on the move, there is a high-quality 2DIN audio system with AM/FM, MP3, WMA (Windows Media Audio) and a single CD capability. Six speakers are positioned in specific positions for optimum sound quality.


Other convenience features include an auto-light system which can switch on the headlights when the conditions are dim, and a reverse sensor. In tight parking spaces, the door mirrors can be folded at the touch of a button and there’s also a foot-operated parking brake system that saves space.


The Wish uses an 4-cylinder 2.0-litre engine (1AZ-FE) which is a proven powerplant. Besides having four valves per cylinder and dual overhead camshafts (DOHC), this state-of-the-art engine has VVT-i (Variable Valve Timing with intelligence) Toyota’s own system which enhances output, fuel economy and also reduces toxic exhaust emissions.

Power delivery to the front wheels is through a 4-speed automatic transmission with sequential shift capability, allowing the driver to also select manual shifting when desired.


A robust all-round independent suspension system is provided for the Wish and consists of MacPherson struts in front and double wishbones at the rear.


Both front and rear suspension layouts and settings take into consideration the heavy loads that may be carried on board and are tuned for stability and ride comfort.


GOA primarily relates to the body structure which must be able to prevent the impact forces of an accident from harming the occupants. It achieves this by dissipating the forces into the entire body.


If an accident should occur, the front passengers are not only restrained by seatbelts with pretensioners and force-limiters but also SRS airbags, which stop them from hitting the windscreen or dashboard.

Of course, avoiding an accident in the first place is much better and the Wish has a number of effective Active Safety Systems to help the driver.


The 4-disc brake system has ABS (anti-lock brakes) with Electronic Brakeforce Distribution (EBD) which is very important as it adjust the braking force to each brake depending on load conditions and load distribution.


Therefore whether there is a light load or heavy load, stopping power will always be optimum. Brake Assist (BA) is also included and this boosts braking pressure during an emergency situation.


There is also an advanced system known as Vehicle Stability Control (VSC) which automatically adjusts the power at each wheel to prevent skidding or wheelspin so that the car will corner in the safest and most stable way.


Integrated with the VSC system is a Traction Control system (TRC) which can prevent wheelspin and enable smooth and positive delivery of power to the road. It does this by either reducing engine power to the wheels or applying the brakes, depending on the conditions.


For more details call the Toyota

hope this help u dude

i went to toyota showroom to see tis toyota yaris yesterday afternoon n i checked the catalogue ,suprisingly tat the curb weight of tis car is 1510kg n i went back home leta n checked the other website of toyota yaris for the weight,its onli 1060kg.i think the toyota yaris catalogue has a mistake

impossible to have 1.5tan for a small car. maybe it refer for other model by mistake

Kinda expensive, the Yaris. I'd expect this car to sell within 70 to 80K bracket. However, i think for the build quality, we would still buy this car.

Why Expensive..b'cos all go into "G" pocket liao.

This Toyota Yaris at Thailand only selling MYR40++ only
and also Jazz MYR4Xk only. 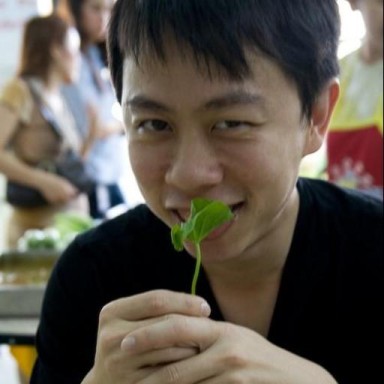 I think the Naza assembled 206 will decimate the sales of Yaris, being more than RM 20k cheaper. Perhaps just wrong timing on Toyota's part.

i though the price will be lower than VIOS as Yaris is a compact car...hummm..weird...

evo3 said:
i though the price will be lower than VIOS as Yaris is a compact car...hummm..weird...
Click to expand...

I consider both Yaris and Vios to be a compact car. Only difference, one has a boot and the other doesn't. The Yaris looks kinda nice though, probably because the Vios is too common in Malaysia nowadays. Besides, the Yaris looks sporty and advanced as well. :)
You must log in or register to reply here.
Share:
Facebook Twitter Reddit Pinterest Tumblr WhatsApp Email Link